Television & Web Feature Programming: Media solutions (show/series/campaign) capturing the clients communication objective. Glimpse into some of the 19 mins shows during 2008-09 (costs about min 3 lakhs to max10 lakhs). The commercial ad breaks is 6 to 3 mins.

I think a good rule of thumb would be an average of 60-70 scenes (10 – 15 sequences) per Act (around 90,000 to 100,000 words), so between 5 – 7 scenes per sequence.
​Visual hierarchy (guiding the eyes): ​Humans have 240 degree vision but only 1.7 degree sharpness. An image lasts in the mind of the viewer for 1/10 secs before it degrades. The viewer's personal bias unconsciously interferes in shaping his/her experience of it.

On the Sets of "God's Bow in Relationships" (Ramdhenu), 35mm

https://www.youtube.com/watch?v=xfkyICtSA7A
Budget: The regional film took 44 days to be completed & had a budget of around 35-40 lakhs. (Indie national level digital shoots requires 10x more budget; around 11.5-12.5 lakhs per day)

Theme: Like a "rainbow", humans too have different shades of colour within us. Only after the dark clouds break apart, and when the hard drops of rain hit the bright light from the burning sun, that we see the magnificent rainbow magically in the bright blue sky. So, its important that we choose to free our hearts from the bondage of sadness, frustration and life's other problems; and allow the good, colourful light to shine through.

Director & Scriptwriter: National award-winner ("Rajat Kamal" aka Silver Lotus Award) Munin Baruah. He won the award for the film 'Dinabandhu' which is based on the famous short story 'Zowtuk' (meaning 'dowry') by Dr Bhabendra Nath Saikia.

Screens: This film is going to be released in 20 theatres, each having 200 seating capacity, and will be shown for 2 weeks with 1 or 2 shows per day at the popular time slots. Though it is mandatory for every cinema theatre to screen Assamese films for 100 days in a year, the majority of the theatre owners do not pay heed to this Government norm.  Most film theatres have closed down or have turned sick. Only a handful regional films get released every decade and unions are lobbying for 10 regional films should be made every year with government financing.

“Ultimately, photography is subversive, not when it frightens, repels or even stigmatises, but when it is pensive, when it thinks.” Roland Barthes  in 1980. 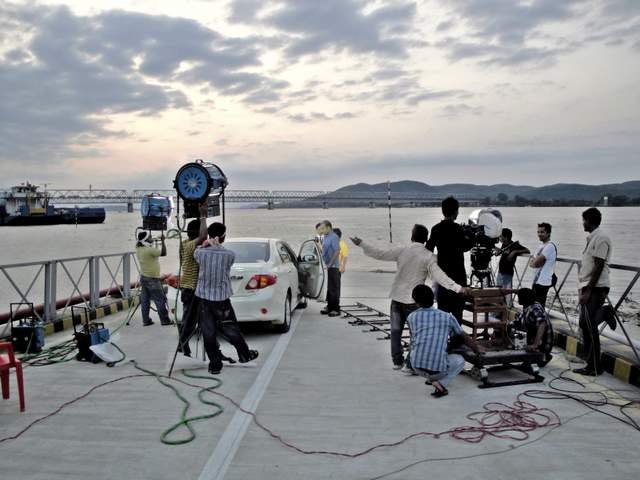 camera (interpretation) and the interactions between people, movement, light and form
Powered by